As Chicago’s 182ndbirthday approaches, there are plenty of reasons to celebrate. From economic development to politics, Chicago has made a profound impact on our country. While its name derives from the Native American word “strong”, Chicago is the bridge that connects America. The seed for this city was planted when Congress granted Illinois the right to build a canal that connected Lake Michigan to the Mississippi River. Unbeknownst to lawmakers at the time, this decision changed history. No one could imagine that this tiny town would evolve into what it is today.

What made Chicago unique from the start was its exceptional expansion. When it became a city in 1837, Chicago had a budding population of 4,170. Fueled by multiple railroad lines and the Michigan Canal, this meager city quickly evolved into a key American transportation hub. By the end of the 19thcentury, Chicago had become the fifth largest city in the world. Today over 10 million people reside in Chicago’s metropolitan area, which makes it the third largest metropolitan land area in the world. This robust population and impressive development proved to be a potent mix.

Chicago deserves to be celebrated, since it embodies the entrepreneurial spirit of America. By refusing to be dependent on one industry, Chicago became an international industrial hub. Backed by an impressive workforce of 4 million plus employees, this city pioneered telecommunications, transportation, commerce and technology. To highlight why Chicago is in a league of its own, we compiled a list of factors that make it incomparable. Chicago maintains a strong presence at the top of every global statistic, so discover the secrets to its success! 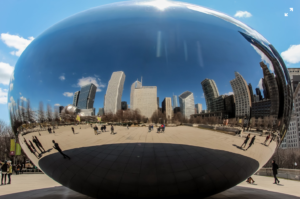 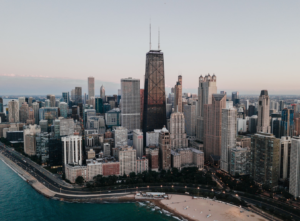 On top of having a strategic location, the unbreakable will to succeed in the face of hardship sets Chicago apart. On October 8th, 1871, an unprecedented disaster threatened to destroy this promising city. What started as a small fire spread from a cow barn on 137 DeKoven street and managed to jump the river. This malevolent stroke of circumstance set the entire business district ablaze. By the time the fire was contained, it had consumed multiple square miles of prime real estate. In total the Great Chicago Fire killed 300 people, destroyed 18,000 buildings and left over 100,000 homeless.

What would have been a deal breaker for most cities forged an even stronger resolve in Chicago. United by a daring reconstruction plan, the residents rebuilt the city in four years. This impressive rebound sparked one of the most critical periods of growth in the city’s history. Between 1870 and 1900, Chicago’s population surged from 299,000 to 1.7 million. This rebirth was fueled by a booming economy that attracted immigrants from Europe and Eastern States. From then on, Chicago was poised to become one of the strongest economies in the world. 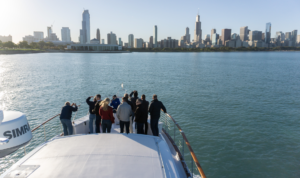 Thanks to its tantalizing opportunities, Chicago allowed multiple generations of immigrants to experience the American dream. From Irish Catholics escaping the Great Famine to WWII refugees, this city has been a haven for people escaping hardship. On top of its impressive list of ethnic groups, Chicago inadvertently set the stage for America abolishing slavery. During the 1860 Republican National Convention in Chicago, Abraham Lincoln was nominated for the presidential election.

This groundbreaking decision led to one of the most important and tumultuous times in American history. During the Civil War, Chicago once again proved its affinity towards freedom. When the Confederates attacked Fort Sumter in 1861, a call for volunteers was issued by President Lincoln. Multiple local companies of soldiers and the Chicago Light Artillery stepped in and helped the Northerners win the war. This impressive display of loyalty showed that Chicago was a force to be reckoned with. 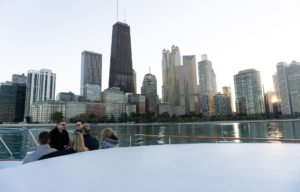 Aside from being the backbone of America’s industrial complex, Chicago helped revolutionize modern advertising. Between 1898 and 1942, the city became the base for the notorious advertising kingpin Albert Lasker. Hailed as the “father of modern advertising”, Lasker was the first promoter to tap into the psyche of consumers. One of his most groundbreaking campaigns was addressing lagging cigarette sales to American women. In a devious ploy to boost their appeal, he advertised Lucky Strikes as a way to stay slender. This struck a cord with the American public, and cigarette sales surged in both genders.

Combined with liberal promotion on public radio, Albert Lasker managed to coax Americans into becoming customers. From Palmolive soap to Kotex products, every pitch he made became a household item. These tactics managed to speak to an entire generation, and a new era of advertising began. Lasker’s promotional exploits were nothing short of legendary, since they paved the way for a renaissance. Ingenious innovators like this helped solidify Chicago’s reputation as an economic powerhouse.

How are you planning to honor Chicago’s 182nd Birthday? Hop onboard Adeline’s Sea Moose and get your front row seat to celebrate all that Chicago has become! 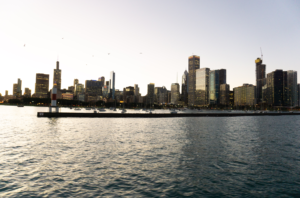 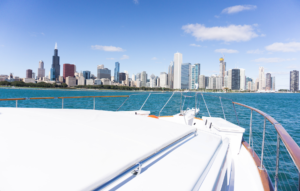