BE SURE TO CHECK OUT THE VIDEO ABOVE TO EXPERIENCE A SNIPPET OF THE BEST CHICAGO BOAT TOUR ABOARD ADELINE’S SEA MOOSE! AWE-INSPIRING VIEWS DURING THE WELL-RESPECTED CHICAGO RIVER TOUR! 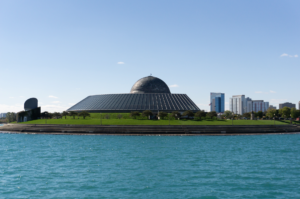 When visiting Chicago, visitors are greeted with an impressive amount of boat tours that embark from Navy Pier. Every year this bustling city receives 52 million visitors that are itching to explore. This staggering amount of potential clients has paved the way for a booming $13.7 billion tour industry. Eager to cash in on this bonanza, multiple companies offer everything from Chicago Architecture tours to private charters. This robust amount of options makes finding the best Chicago boat tour a surprisingly daunting task.

Unfortunately for visitors, not all Chicago boat tours are the same caliber. Thanks to a diverse amount of budgets, every imaginable type of vessel is hitting the waters to cater to tourists. Architecture cruises, speedboats, water taxis, sailboats and even kayaks are offering sightseeing tours. Despite being relatively popular, one type of tour is stealing the show in Chicago. Thanks to a new generation of high-end visitors, private yachts are the hottest trend in Chicago’s tourism industry. They offer welcome reliefs from crowded tours, since their privacy and versatility are unmatched.

At Adeline’s Sea Moose, we make every voyage memorable. Instead of packing people in crowded seating with strangers, our clients enjoy the essence of luxury. From the fully stocked top shelf bar to unlimited catering options, our tours can be as festive as clients like. On top of offering luxury dining options, each journey is complimented by our knowledgeable staff. From professional service to innovate insights on Chicago, they make every tour an experience.

One of the most memorable things our clients take away from our charters are the fun facts they learn about Chicago. On top of taking hosting to the next level, our employees add a personal touch by highlighting interesting facts about Chicago. To showcase how many secrets this city has, we compiled a list of fun facts about Chicago. This is just the tip of the ice-berg, so expect to learn plenty more when chartering with Adeline’s Sea Moose! 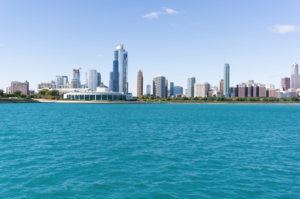 Despite having a rebellious reputation, spray paint has a surprisingly humble origins. When Ed Seymour was searching for an easier way to paint radiators, his wife suggested creating a makeshift spray gun similar to those used in deodorizers. This simple suggestion led to the paint company proprietor mixing paint in a can with aerosol. Despite sounding silly at the time, this invention unintentionally made history.

When the original spray paint can debuted in 1949, it took the industry by storm. The finish was completely unique to painting with a brush, which caused spray paint to become wildly popular. Realizing how versatile this new invention was, Seymour promoted it to auto and industrial machine markets. This led to the renaissance of painting, and by 1973 Big Spray was producing 270 million cans a year. Today U.S. spray-paint manufacturers sell 412 million cans annually, so this invention continues to have a profound impact on society. 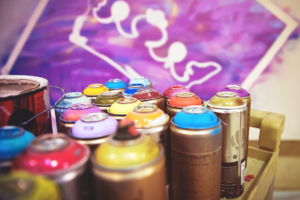 In 1956, Channel 5 made history when they started broadcasting all their programs in color. This was a groundbreaking moment for television, since this was the first time a TV station switched completely away from black and white programming. Costing over $1.25 million in upgrades, this bold move was hailed as “a daring break through the black-and-white curtain”. Their first color telecast transmitted Wide, Wide World to over 110 NBC stations across the country. This inspiring rebellion from the norm showcases Chicago’s timeless innovation. 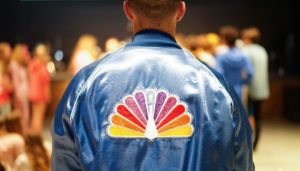 Interesting Fact #3: Twinkies Were Invented an Hour Outside Chicago

A simple move to improve productivity led to the creation of one of America’s most beloved snacks. When James Alexander Dewar baked for Hostess, he realized that multiple machines sat idle when strawberries went out of season. Intent on solving the problem, he created a snack cake that contained banana cream. When his friend Ritchy Koph saw the billboard promoting Twinkle Toe Shoes, they found the perfect name for this new treat.

While Twinkies were introduced in 1930, they didn’t become popular until after WWII. Thanks to a banana ration during the war, the filling was replaced with vanilla cream. This proved to be a winning combination, since Twinkies skyrocketed in popularity. Even though Hostess eventually went bankrupt, this timeless snack managed to outlive its parent company. Today Twinkies are mass produced in bakeries across China and sold to millions of Americans each year. 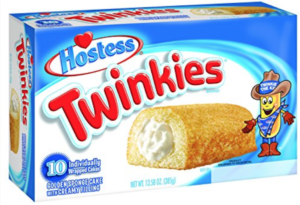