If you’re interested in learning fun facts and educational details about your country’s history at every opportunity, you’re in luck! Chicago is a great place, full of history, interesting information, and fascinating sights to see at every turn. Better than a traditional Lake Michigan sightseeing cruise, you will get the best Chicago architecture river cruise and boat tour aboard Adeline’s Sea Moose.

There are plenty of museums to visit and walking tours to take, but there’s one option that stands out as the experience of a lifetime: a Chicago historic river cruise. It’s incredibly convenient, comfortable, customizable, and packed with culture and entertainment education. 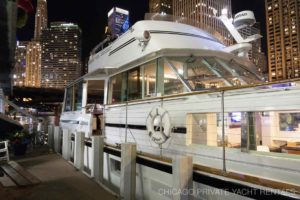 Rather than waiting in long lines or getting shepherded through crowded tours with strangers, you can sprawl out on a luxurious and comfortable yacht for your tour. When you’re ready for a new kind of educational adventure, hop aboard Adeline’s Sea Moose for the best Chicago historic river cruise around!

With luxury lounging areas, multiple decks, and surround sound inside and out, there’s no better way to relax and let our docents inform and entertain you and your party. You’ll float through the river’s intricate system in style and comfort. 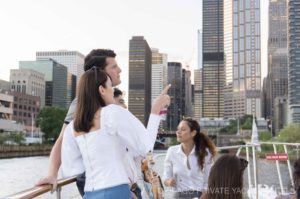 You’ll hear all about what makes the Chicago River the most unique river in the world, see many iconic, interesting, and historical buildings along the way, and much more. Here are just a few of the reasons why you should book your historic river cruise today:

You’ll learn all about the history of the Chicago River

Most people don’t know that the Chicago River is the only reversed river in the world! This river is beautiful, historical, and overflowing with interesting secrets just waiting to be discovered. In 1885, Chicago experienced some extreme weather that made the possibility of catastrophe apparent and immediate. So, the Illinois General Assembly took it upon themselves to do something ingenious: they used cutting-edge civil engineering to reverse the flow of the river. 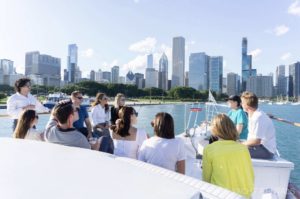 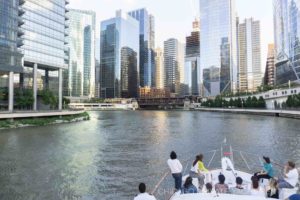 Taking water from Lake Michigan and directing it into the Mississippi River was tricky, but proved to be wildly successful. This operation revolutionized North American trade after it was completed in 1900. This nature-defying feat was just one of many that showcased this resilient city’s innovative spirit. As Chicago continued to grow over the years, the addition of skyscrapers along the river only made it a more interesting tourist experience. 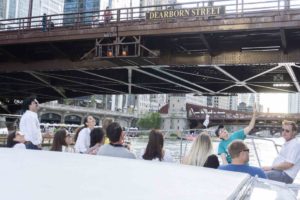 You’ll pass some of the most iconic landmarks in Chicago

Merchandise Mart is one of the most impressive landmarks along your historic river cruise in Chicago. You’ll learn all about its rich history and next time you’re at a trivia night, when they ask “Which landmark in Chicago had its own ZIP code until 2008?”, you’ll know the answer! Experience this fascinating piece of history in a deeply informative, private, and comfortable way with our knowledgeable and friendly docents aboard Adeline’s.

Created in 1963, Marina City is another fascinating piece of Chicago’s history. It consists of two 65-story towers, a 10-story office building, and a saddle-shaped auditorium. As the first post-war urban high-rise residential complex in America, this city within a city sparked an American residential renaissance! Come see this masterpiece up close. 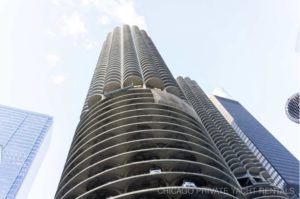 Aqua, the 82-story skyscraper, is a positive contribution to Chicago’s colorful history in more than one way. At a cost of $300 million, Aqua is the biggest project ever awarded to an American firm run by a woman. It even won an award for “Skyscraper of the Year”. Its modern design, uneven balconies, and breathtaking views make it a must-see for any historical tour of Chicago.

You’ll also get the chance to see the Trump Hotel. While it has sparked some controversy in recent years, it is still one of the largest skyscrapers in the world, and fascinating to see from the river. In fact, the Trump Tower was the highest residence in the world until the Burj Khalifa skyscraper was built in Dubai. And for all the pop culture lovers out there, you’ll also get to see 333 West Wacker Drive, the 36-floor high rise office building that was featured in Ferris Bueller’s Day Off. This one comes with an insanely gorgeous reflection of the Chicago River, making it a must-see for all visitors. Come see everything that an Adeline’s Chicago historic river cruise has to offer; you won’t be disappointed! 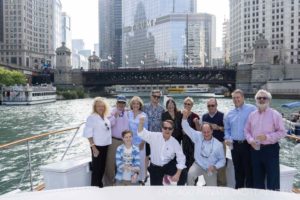